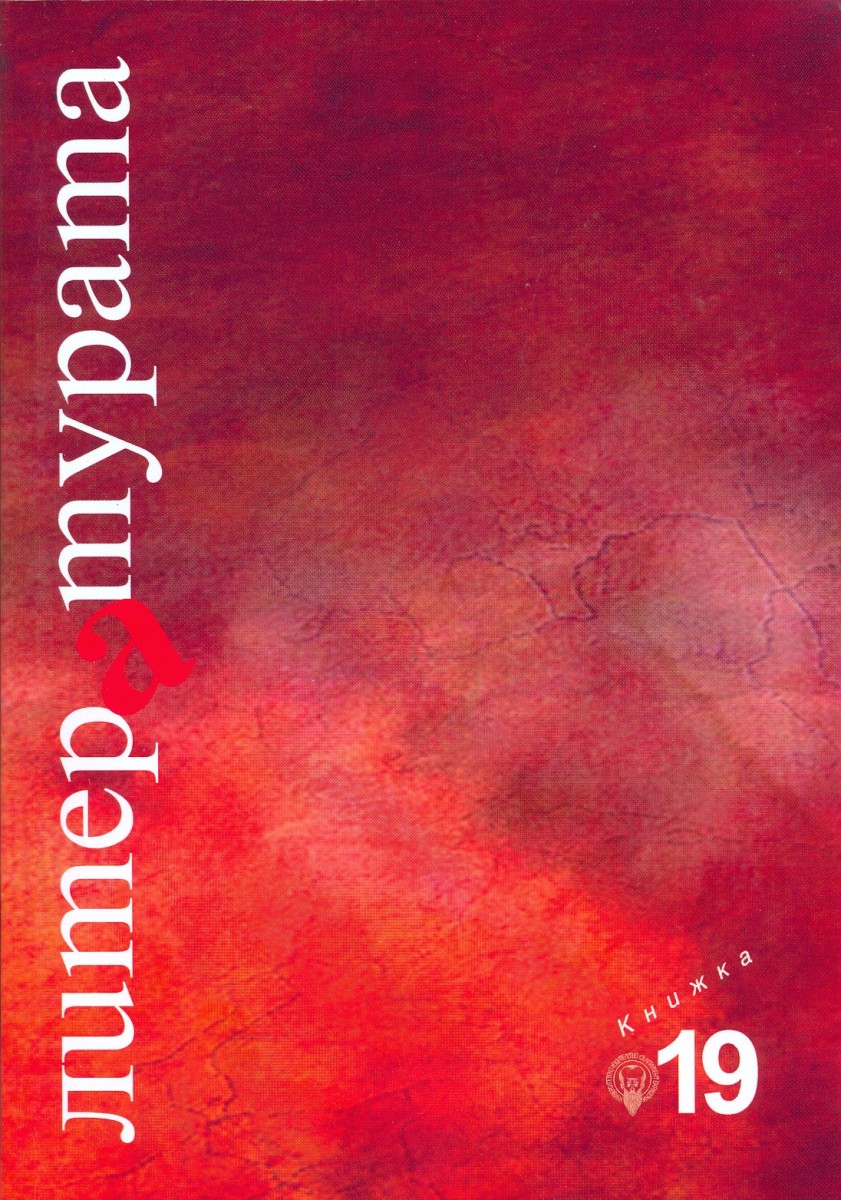 Fredrik Jameson, The End of Temporality (transl. from English by Ruzha Muskurova)

Evgeniya Kantchura, Fantasy: Renewing the View of the World and the Way to Yourself (transl. from Ukrainian by Albena Stamenova)

Miglena Nikolchina, Will You Stay Here? The Artificial Creature from Kleist to Garland

Yanitsa Radeva, "Solaris": Between Novel and Screen and the Role of the Book in Another World

Penka Vatova, About the First Robot in Bulgarian Literature and Other Inventions of Georgi Iliev from the 30s of the 20th Century

Nadezhda Stoyanova, The Inventor and „the Charm of the Moon"

Rositsa Chernokozheva, For Children's Spontaneity and Creativity on Earth and in the Cosmos. The Fantastic Lyuben Dilov’s Novel for Children

Kostantin Adirkov, The Opera „Don Giovanni” of Mozart and Da Ponte in View of its Place among the Literary Interpretations of the Theme (emphasis on Da Ponte's libretto)

Svetlana Stoycheva, On an Academic Reading of the Literary Reading of Migration

Ventsislav Sholtse - Stories and Aporiеs of Literary Criticism. "Critical Languages and Ideological Fields: Fragments of a Century, 1878-1989" by Noemi Stoichkova

the structure of empirical knowledge at a particular time within a culture,

meaning is structured. Thus, by examining the epistemes of western

The intellectual encounter between the social sciences and science fi ction

has been rich and varied. This Introduction examines how sf literature,

sf criticism, and social science theory and practice have intersected and

infl uenced each other. We suggest a four-part typology, analyzing how

the social sciences have employed sf, how sf has dealt with the social,

how sf criticism has addressed social theory, and how science fi ction has

itself emerged as a social science methodology. The interdisciplinary

conversation between the social sciences and sf literature and criticism

and offers valuable theoretical and methodological resources for opening

Jutta Weldes claims that by examining the relations between the discourses

of globalisation and science fi ction, we can begin to understand how

discourse as fantasy and examines its most important elements: a narrative

of progress; the central and wholesome role of global markets; an utopian

narrative of technological advance; the trope of the ‘global village’; the

interrelated narratives of an increasingly global culture and its inclination

to fundamentally authoritarian politics. The author highlights some of the

homologies between the globalisation discourse and the discursive universe

The End of Temporality

The author states that the moderns were obsessed with the secret of time,

and the postmoderns with that of space. He thinks that even if such a shift

from a temporal to a spatial dominant be acknowledged, it would seem

situation has been characterized as a dramatic and alarming shrinkage of

any longer, given the virtual effacement of that past and future that can

alone defi ne a present in the fi rst place. He claims that a reduction to the

of our socioeconomic system or, in other words, of postmodernity as such,

of late capitalism. It is the system that generates a specifi c temporality

and that then expresses that temporality through the cultural forms and

Fantasy: Renewing the View of the World and the Way to Yourself

the reasons of its popularity, and outlines the origins of this literary mode.

Fantasy defamiliarization – the main feature of the meta-genre – provides

character as well as for a reader. Fantasy literature enriches imagination,

individualization, Self and The Other, retreat from anthropocentrism,

Will You Stay Here? The Artificial Creature from Kleist to Garland

Adam’s The Future Eve, and Stanislaw Lem’s “The Mask.” While tales of

and the artistic trends of their own epoch, they also as a rule address and

question various philosophical concepts of the human. These concerns

frequently coalesce in a story of “love with an automaton,” to which

„Solaris“: Between Novel and Screen and the Role of the Book in Another World

This article analyzes Solaris (1961) by Stanislav Lem (Stanisław Lem), with

Soderbergh (2002). The author searches the relationships – a man and a

The article attempts to outline and analyze the occurrences and

is known for its original treatment of topics such as desire, sexuality, and

ecology. The current text argues, on one hand, that all of these are in some

death, and on the other, that death in a James Tiptree Jr. story is not just “the

end”, but a new transformative and concept-producing space.

particular the robot, ray beams and weapons. Observations are mainly

based on the novels of George Iliev, O-Corse (1930) and Teuth’s Rebellion

(1933), but they are open to parallels with other works and authors of

the same time period. The aim is to highlight the literary aspects of the

inventions and their relation to reality, to man and to humanity.

The Inventor and „The Charm of the Moon“

interwar literature. In the fi rst part of the research an attempt for a typology

of the character is made. In the second part is studied the image of the

Moon in the short story by Svetoslav Minkov “Lunatin!...Lunatin!...

context of the mass discourse about the scientifi c progress of the 1930s.

In the very center of interpretation of the recent text is tragedy of alienation,

developed in works of Pavel Vezhinov, Natalia Andreeva and Nikolay

Vatov. Alienation as a condition and result of the development of human

disruption between real and imaginary. The radicalization of the mental

states and desires of characters evokes by the “difference”, connected with

their birth. The impossibility of “alienated mind” and its existence in a

world that suppresses “different spirits”, leads to crash to explore and get

fi nal separation between mind and body through death.

For Children‘s Spontaneity and Creativity on Earth and in the Cosmos. The Fantastic Lyuben Dilov’s Novel for Children

Adventures of Numi and Niki” by LiubenDilov, with the subtitle “Sci-fi

novel for children and similar to them creatures”, through the prism of

the child’s spontaneity and creativity. On the forefront are brought the

existential truths, which the heroes reach to, in their space adventures. The

accent is on the tolerance for the other’s believes, differences and empathy

for his feelings. Through the humor and the language of Aesop, the author

questions many habits and ways of our socialist reality during that time,

through the idea for a humane, ethical and esthetic tendency.

interpretations of Don Juan written until the beginning of the 19th century.

works on the subject. After that will be presented a more detailed analysis

of the opera‘s libretto, which aims to present the latter as one of the most